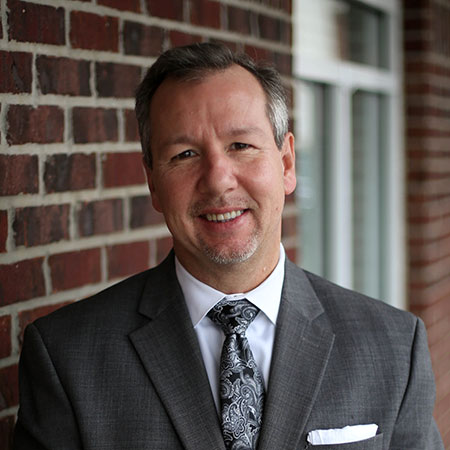 Michael Vanover came back home to work for the agency in 2010 and is an agent for all lines of insurance services. He is a member of The Gideons International, and he, and his wife, Gayla, serve on the Impressions Ministry and Emergency Response Team at Owensboro Christian Church. They also participate in, and support, Christian mission work in the nation of Portugal.

Michael is the president of Owensboro Sister Cities & Regions and serves as an ambassador for the Greater Owensboro Chamber of Commerce. He is on the Board of Directors and Executive Committee for Crossroads, Inc., and its ministries, including the only walk-in emergency overnight shelter for homeless women (with or without children) in Owensboro/Davies County.

Michael is a life-long member of the WKU Alumni Association (B.A., 1985), and a member of The Presidents Circle and Cupola Society. He also serves on the Alumni Advisory Board, and Housing Corporation, for Zeta Epsilon Chapter of Pi Kappa Alpha Fraternity. He spends as much of his spare time s possible enjoying the outdoors including cycling, running, mountain biking, hiking and canoeing. He also enjoys movies, cooking, dancing and travel.

VKEmail
Contact us today to learn more about your insurance coverage solutions from one of our experienced agents.
Contact Us
Copyright © 2022 Helton Insurance Agency, Inc. | All Rights Reserved
Website Design & Hosting by PixelCraft Studio, LLC.
Back To Top